He’s worked with a lot of bands including Panic Room, Mr So and So, The Wishing Tree and the Steve Rothery band, and now, Dave Foster has pulled together some special guests for his second album Dreamless after having released Gravity a couple of years ago. This artist is an incredible rock guitarist but also a man in the shadow. He’s both (too) humble and so talented.  I wanted to know : who’s that guy? 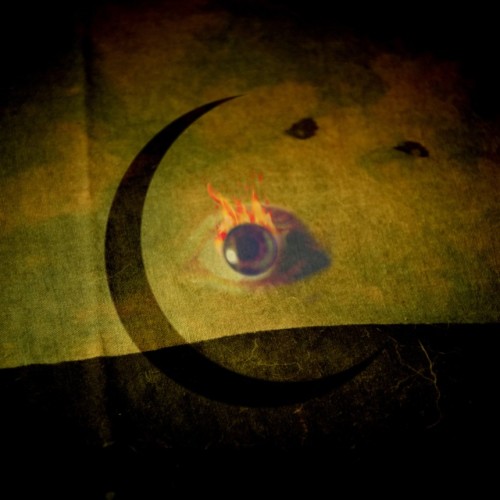 Read the review of “Dreamless”

First of all, how are you? I guess you must be pleased with all the positive feedbacks about Dreamless so far?

Dave Foster : I’m great thank you, I’m enjoying a week of rest, for the first time in a while. The feedback from Dreamless has been amazing, it really has. I’ve said this a few times recently, but I had no pre-conceived idea as to how many I would sell, not that it matters, but I have been really surprised as to how well it has gone.

Was it a surprise for you? Did it change your plans for the future?

Dave Foster : Yes, I never had any designs on becoming a solo artist and I’m certainly not confident enough to sing live but I can see that there are people out there who like what I do so it has given me food for thought about making another album at some point.

A couple of years ago, you released gravity, can you talk about it? Compared to Dreamless, is there an evolution?

Dave Foster : Gravity was a different thing altogether, at the time I wanted to make a guitar album. I was brought up on the Mike Varney/Shrapnel ’80’s world of shredding and indulged myself in the world of Steve Vai, Joe Satriani, Paul Gilbert, Vinnie Moore and although I would say I didn’t replicate their playing, I did like the idea of an ‘in your face’ instrumental album…..Then I hit a patch of writing songs and met Dinet Poortman who I really wanted to work with and the album took a change of direction and it was kind of 50/50 songs and instrumentals. I”m proud of ‘Gravity‘ as it was the first time I had truly done something on my own. Dreamless is very much where I am at now, my playing and song writing has evolved as expected, but I am very lucky that I’m now playing professionally and it’s all I do so I get a lot more playing time these days which is great. My playing style has become a lot more ‘me’ and there’s much more of my musical personality in my playing. My songwriting has really moved along in recent years, when I listen to the lyrics on ‘Counting Clouds‘ I still can’t believe I wrote those lyrics, and the chord sequence in ‘Morphine Sleep‘; I listen to that and still wonder how I came up with it.

All this would not be possible without the participation of wonderful artists. Can you have a few words about them? The female singers are just fantastic.

Dave Foster : Absolutely, Dinet and Anne have been fantastic to work with on ‘Dreamless’, very different singing styles but I love their voices. Dinet looks at music in the same way I do and approaches it as a totally genre-less thing, so if I write a riff that could sound like a funk track or a heavy metal track Dinet will always approach it in her own way and it will always have her sound to it. She’s very unique, has a truly gorgeous voice and is a joy to work with. Anne is a really accomplished musician as well as a fantastic singer and that struck me on the first day I played with Panic Room. Anne can pitch anything and her sense of melody is amazing too. I’m very lucky to work with them both.

I have known you for a long time like the man in the shadow on stage  i would say compared to Steve Rothery. However, your style is very unique. How would you describe it? How did you come to music? What is your musical background?

Dave Foster : I’m a bit of musical mongrel really, I just love music in every shape and form and because of that I find it quite easy to find good in everything I listen too. I fell into music accidentally as my parents were never really big music lovers, it was hearing Suzi Quattro when I was a kid that did it. Steve has been a massive influence on my playing both before I knew him and in more recent years working with him, though I don’t sound like Steve at all, very few people can do what Steve does he has fantastic touch and a jaw dropping sense of phrasing. Growing up I was influenced by Van Halen, Jeff Beck, Steve Vai, Joe Satriani, Trevor Rabin and Steve Rothery of course but also other players such as Suzanne Vega, Michael Hedges, Andy Summers, Tim Pierce, Joni Mitchell and loads of other people that will surprise a lot of you.

Referring to all those bands, i would quote first The Wishing Tree. Is it a good souvenir? I think Ostara is exquisite ! I was there in Port Zeeland, I really enjoyed the show.

Dave Foster : Referring to all those bands, i would quote first The Wishing Tree. Is it a good souvenir? I think Ostara is exquisite ! I was there in Port Zeeland, I really enjoyed the show.

Panic Room is one of theses bands.You recently planned to record a live dvd with pledgemusic. Is this correct? I heard this was a wonderful gig. Did you get enough money to be able to record the live dvd?

Dave Foster : We didn’t make the target in time so although the gig went ahead, the filming didn’t. The Pledge campaign to film a live DVD is still live. As a band we want to make sure that the live DVD is the best we can possibly make and with that comes a big budget. We are nearly there with the campaign as it’s currently just over 90 percent so we hope to make the final target. I’m really looking forward to recording the gig as it’s a great live band.

You seem to be a good friend of Steve Rothery. What would you say about the man and the musician? How did you meet together? I guess being with  and making music with such a man is inspiring, energizing…

Dave Foster : We met after Steve heard another band I play with; Mr. So & So and invited us to play at a Marillion fan club gig in London. We just got on straight away – you know when you meet someone and you connect in a really good way, Steve and I did and we have been great friends ever since. He’s a wonderful guy; caring, honest, generous, compassionate and all of that on top of being this amazing guitarist and musician. I can honestly say that he’s been a huge influence on my career, always helping me out and offering me advice, it’s priceless stuff. I’m a really big Marillion fan, always have been, so it’s amazing to know and work with ‘God’.

I read you contributed to the writing of Ghosts Of Pripyat? I truly think this is a masterpiece. You must have had so much fun writing it, producing it and touring ! Can you tell me about that? What is your opinion about this album?

Dave Foster : I co-wrote the album with Steve and it was the first time we had collaborated with each other on a project and it was so effortless which made it all the more fun. I recall the first day writing, we had two tracks written in about an hour, just in time for another cup of tea. The Ghosts Of Pripyat marks a really big time in my musical path, the writing, recording and touring was beyond all I had dreamt about. We did a few days recording at Real World (Peter Gabriel’s studio) and that was incredible, I remember speaking to Riccardo Romano when we were in the studio and we were both in awe at pretty much everything, very happy times.

I let you imagine a final question. What would you like to tell us or confess?

Dave Foster : I have northing to confess to be honest, I wish I did sometimes, I’m just not rock and roll enough and I missed all the excesses of the ’70’s. All I can say is that I’m amazed by where I am now. I was never a natural musician, at all! I was lucky that I fell in love with the guitar at a time in my life when I could dedicate so much time to it and became a half decent player. My parents were always incredibly supportive. Life is full of surprises and the fact that I’m a professional musician is the biggest surprise of all.