If Mariusz Duda is one of the most intense prog rock stars of the 2000’s with Riverside in particular, his side project – but no less important – Lunatic Soul continues to fascinate. If what was planned as a brief adventure (intially, two albums), the release of his fifth album Fractured marks a turning point in the musical universe of the project with electro accents much more present. While some will regret the changes with the original concept, Lunatic Soul gives a sonic extension at once captivating and hypnotic. 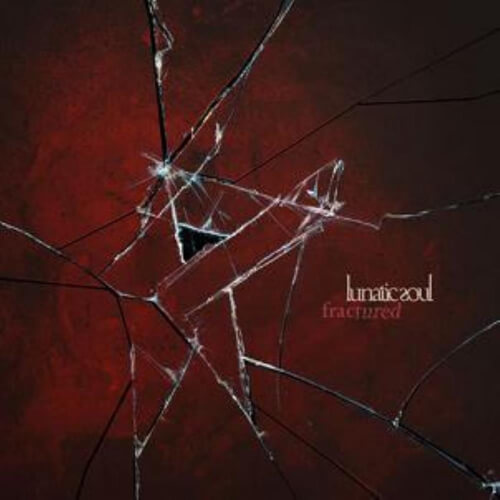 Hi, first of all, how are you?

Mariusz Duda: I’m good, thank you. A bit busy recently cause I’m also on tour with Riverside, but I’m definititely a way better than the last year.

Could you tell us some words about the project Lunatic Soul?

Mariusz Duda: It’s a solo music project combining diverse genres. It’s my musical alter ego. It’s a project that explores the most intimate part of my sensitivity. It is for sure not a secondary side project because it’s impossible for something most intimate to be secondary in any shape or form.

What is the origin of the name Lunatic Soul?

Mariusz Duda: I wanted something that reflects intimate inner world of mine, that sounds nice and contains the same amount of letters than my name. Lunatic = Mariusz, Soul = Duda.

How could you define the music of Lunatic Soul?

Mariusz Duda: Hope it’s not progressive rock (laugh). I wish it could be hard to define. For me this is something between cinematic sounds, oriental, rock and ambient soundscapes. Full of rhythm and good melodies. And simply good songs.

Your fifth album named “Fractured”. Why this title?

Mariusz Duda: It reflects the situation that happened to me in the year when I started to compose this album. I felt fractured those days, broken and just not good. I tried to survived. I felt this title would be honest and would fit to the whole concept very well.

Is there a concept behind this album?

Mariusz Duda: The main theme of “Fractured” is coming back to life after a personal tragedy. It’s inspired by what happened in my life in 2016 and by everything that’s happening around us and what’s making us turn away from one another and divide into groups, for better and for worse.

This album seems less acoustic than the previous ones, isn’t it?

Mariusz Duda: I decided to approach the album like I had always approached Riverside releases. Make it into a big, ambitious production. Record something more dynamic and more melodious. Experiment a little more with the sound. Hence the symphonic orchestra, the saxophones, the electronics. “Fractured” is not subdued anymore, it’s not intimate and musically “diffuse” like the previous four releases. It’s a new music chapter.

The mood reminds me some extra tracks from last Riverside albums. Very atmospheric…

Mariusz Duda: Last Riverside albums were composed mostly by me so maybe this is kind of similar. And I’ve got sort of my own style I hope (laugh). I was focused more on melodies this time. The new Lunatic Soul album is a very melodic one when you compare this to the previous Lunatic Soul albums. And the latest Riverside’s were also really melodic.

What are your influences for Lunatic Soul?

Mariusz Duda: The same as for Riverside. The same as for myself. And my influences are pretty wide, but okay – in this project inspirations were pretty “oriental“. You know, Dead Can Dance, Peter Gabriel from “Passion“, folk music, swedish Hedningarna. But since “Walking on a Flashlight Beam” I started to experiment more with the electronic sounds. With “Fractured” I went even further, so on the newest album, Lunatic Soul is no longer a variation on Dead Can Dance. It become more oryginal organism.

You play every instruments except drums (Wawrzyniec Dramowicz) and saxophone (Marcin Odyniec). Is it because Lunatic Soul is a deep personal & emotional project?

Mariusz Duda: It’s because I can and I want to (laugh)

How was your working process (writing, recording, mixing) on this album?

Mariusz Duda: About the composing – as always. I started with the blank page I tried to fill up with the feelings and emotions that I had inside of me. About the recordings I usually do this in the Serakos studio in Warsaw, Poland with my friends – Magda and Robert Srzedniccy. This time we did this in the more “Fractured” way. Experimenting with subtle electronics and inspiration with the sound of the 80s have always been close to my heart and this time, more than ever, this time I wanted to introduce all that into the world of Lunatic Soul.

Could we expect a Lunatic Soul Tour someday?

What are your projects now?

Mariusz Duda: Now I’m on tour with Riverside. And after the tour and the promotional Lunatic Soul months I’m going to compose the 7th album. Later maybe another Lunatic Soul, and later maybe finally something under my own name. We will see what the future brings.

Interview by Cyrille Delanlssays
Many thanks to Valérie Reux